Do you think President Trump could find North Korea on an unlabeled World Map?

Probably yes (same for most Americans) because it's distinct - Korea looks like East Asia's Florida, a finger sticking out.
Easier to find than, say, Hungary.

Also, he'll probably have seen it on in flight itinerary maps.

No you’re not supposed to answer this literally. This is dog whistling. Just grab wert’s junk and start jerking away. I’ll do the same with you. A few more and we can form a circle

Seems to be in accordance with the general state of education in America.
About 10 years back, a government issued map showed Switzerland where the Czech republic should be.
It's been deleted since 😁
And I've heard 40% of Americans don't know the Sun is a star.
I'm not saying it's an American problem only. Pink Floyd (UK) sang about the "dark" side of the Moon. 48% of Germans don't know the month, let alone the day of their next general elections (source: Stern magazine).

Its just a question, snowflake. 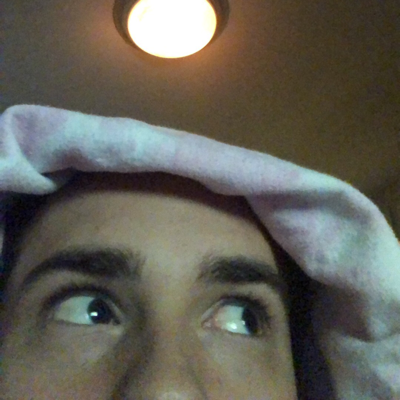 I know where Kazakhstan is lol

But I must stress this is totally not gay

I don’t think that level of certainty is at all warranted (that’s why I personally said “probably not” on him before his Presidential run), Trump has demonstrated on multiple occasions that geography was not a strong point of his.

Same question Nancy Pelosi and Maxine Waters . I would say no to both.

It’s ok, just ignore and downplay one of the greatest presidential feats in American history, that’ll win you 2020

I guess he found it faster the Obama did.

He could see it from his penthouse.

The Korean Penninsula is pretty easily recognisable, is not like asking someone to find Kazakhstan on an unlabeled map.

God I hope so!

I have no idea why it says Robert. Weird. I know full well it’s John. Can I blame it on auto-correct? 😁

You think you can find your @sshole with a finger?
Stupid biased question from a braindead liberal.

Anyone can. Geography wizard right here.

No, and neither could I.

: Not only does Obama not know how many states there are, he also doesn’t know where they are. During the 2008 primary campaign, he explained why he was trailing Hillary Clinton in Kentucky: “Sen. Clinton, I think, is much better known, coming from a nearby state of Arkansas. So it’s not surprising that she would have an advantage in some of those states in the middle.” Obama’s home state of Illinois, and not Arkansas, shares a border with Kentucky.

Welp, it does not look very good for Trump, he’s mistaken cities quite a lot, once even calling Belgium a city, and maybe more damning, he had stated while visiting Japan that he “never knew there were so many countries.” Given what I’ve seen, I’d say before his Presidential run he would probably not be able to point out North Korea on a map, and I think whether or not he knows where North Korea is now will boil down to whether someone in his cabinet has pointed it out to him.

There's a difference between 1 Obama mistake and the millions of errors trump had made. Obama claimed 57 states? Big woop. He's human. Trump has made way more gaffes than that and has mispelled many words in Tweets. Also he claimed to have a terrific memory. He's either ignorant of geography and the English language and it's spelling, or he's lying about his memory and he simply forgot or miss remembered word spellings and status and location of places and countries.

Probably not. But it doesn’t matter in the least.

The misspellings in his tweets are on purpose.

Leftlib, of course Trump knows where N. Korea is. IF he really said those things, it was because he was distracted. It has happened to all of us. He is a brilliant man with an Ivy League education and a very high IQ.

Do you believe Obama thinks there are 57 states?

The difference is that News source you watch. Fox for example made a huge deal when Obama made a mistake while the rest of the media ignored it. And they don’t stop talking about any little mistake Trump would make.

Probably you didn’t hear when Obama confused the states on the map, when he said he was in St. Louise while he was in Kansas City, when he talk about the language “Austrian”....

I would never call Obama nor Trump ignorant. But then, I don’t let partisanship blind my common sense.