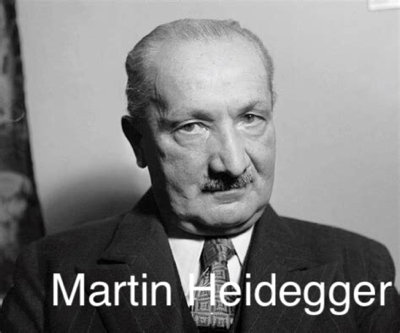 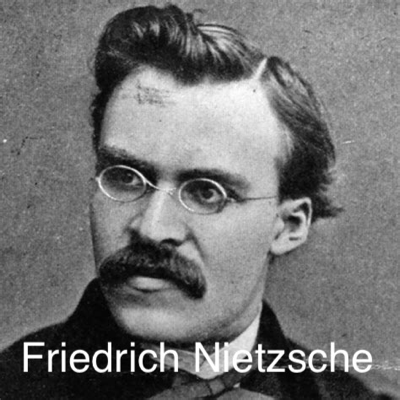 Purple Health Plan and State Freedom Act.
Section I. A government agency titled Purple Health Plan for America (PHPA) will be created to oversee, manage, and distribute vouchers that will give every U.S. citizen the ability to purchase a basic standard healthcare plan that will be available to all Americans regardless of income.
Section II. All Americans (including veterans) will receive a voucher each year to purchase a uniform basic health insurance plan from the private insurer of their choice. A) The voucher pays in full for the policy B) This voucher will be titled as the “Purple Health Plan Insurance Voucher.”

Section III. Each year a panel of doctors will set the coverages of the uniform basic plan such that the sum total of the vouchers equals, but never exceeds, 10 percent of GDP. This is 3 percentage points more of the GDP than the federal government now spends on Medicare, Medicaid, the CHIP program, Obamacare subsidies, and tax breaks for employer-based healthcare.
Section IV Medicaid, Medicare, and The Patient Protection and Affordable Healthcare Act are hereby repealed and disbanded. They will be replaced with the aforementioned voucher system.
A) The total 10 percent of the GDP distributed towards this health insurance system will be taken from the above defunct programs. The additional 3 percent added to that total 10 percentage points will be reallocated from various departments funded by the government
B) The departments that will see a budget decrease will be chosen by a nonpartisan committee that will be set up solely for this purpose.

Section V. Insurance companies are forbidden from discriminating against voucher users based off of them having pre-existing conditions.
Section VI. States are permitted to opt out of this federal insurance voucher system and instate their own healthcare and/or insurance system. However, if they choose to opt out of this voucher system, they will be penalized for 3% of their total GDP.
VII. All funds ($450 million) currently given to Planned Parenthood will be redistributed to various family planning organizations that do not provide nor advocate for abortion.
VIII. All elements of this bill will take effect on January 20, 2020.

1 Canonically VirtualParliament (VP) would take place after the United States has changed its government into a parliamentary system.
2 All laws and parts of the Constitution that do not contradict the Parliament or the Parliamentary Constitution are still in effect unless rescinded by a vote.
3 The VP account will be indefinitely managed by one or two selected administrators, namely the founder, unless he says otherwise.
4 Elections will take place every two months and voting will be done via commenting “yea” under a comment posted by the VP account which says the name of the party and its respective party leader.
5 For every two votes a party receives, the party leader earns the right to appoint one member of his/her party as an MP within the high parliament

6 the goal of an election is to win a plurality and/majority of seats and have your party leader become Prime Minister. However, although one party may control a plurality, two parties that together equal a majority of parliament may build a coalition and form a government and thus superseding the plurality that the adversarial party holds.
7 Before an election, the administrator will post a roll call poll wherein 1) a party and its leader may say that they are running again in the next parliamentary election. 2) A user may officially establish a new party in the poll by commenting its name and ideology.
8 The administrator reserves the right to punish/ban anyone from parliament who he believes to be cheating. However, this rule will not be enforced liberally. Users may also submit a ban request or a ban repeal that will be judged by the Supreme Court
9 Parliament will be comprised of two legislative halves which are the high and low parliament

15 The VP will begin with two ordinary Supreme Court Justices and one Chief Justice on the Supreme Court. A judge is confirmed by 60% of the vote in the high parliament.
16 The Supreme Court can be expanded via request from the Prime Minister and approval from the Administrator or through a vote in parliament
17 the Prime Minister will establish his cabinet which will comprise of a Secretary of State and Attorney General.
18 the leader of the main opposing party can establish a shadow cabinet...

Here’s the layout I made for my ideas that I had for a virtual parliament. Let me know your thoughts.

That all sounds great, but what role will Emperor Political play in the constitutional framework?

⬆️ the most important question

In all seriousness, I love it! You know I always wanted a bicameral VC and this is a cool way to achieve that. I just have a couple questions:

How will you prevent the fraudulent accounts that ruined the VC?

Can we create more cabinet positions? After all, haggling over those seats is an important aspect of coalition building.

Two votes seems like a very low threshold, don’t you think? If I’m right, that means if we have 100 people in the low Parliament, then we will have 50 in the high Parliament

“How will you prevent the fraudulent accounts that ruined the VC?”

I think that managing the account, seeing who votes in the elections will be the biggest factor in stopping fraud which is why I want elections to be done through commenting this time. Moreover, in the future I might make it so that a user needs to be a recognized member of VP for one month before he can vote, or he/she can be granted exemption from this rule upon request. I believe that giving the trusted administrator complete authority over matters like this will reduce fraud. Also, having a high parliament with public votes will give the lower parliament a check and balance I suppose. I was originally going to make it so that if a high amount of fraud is suspected, a vote may be held only in the high parliament, but I think that I’ll add this rule only if necessary. Voter fraud in the lower parliament is outside of my control, unfortunately.

Lastly, the fact that we can now have coalition building and that we will have quicker elections will reduce reason to commit fraud in my opinion.

I just added a rule regarding the amount of cabinet positions. And it may seem low, but I don’t think that we will have a large enough user base at first to make it any higher. Here are the additional rules I made:

19 The cabinet and shadow cabinet can be expanded at any point through legislation
20 Rules (not legislation) for the VP account are subject to change by the administrator at any given moment.
21 the number of votes needed in an election to win a seat in parliament are contingent on how many followers that the VP account has.

If he wants, Emperor @Political can sign the VP Constitution into law.

Also, I was thinking that you two (Skinner and QM) could be co-administrators of the account? I don’t think that Tom will want to manage the account.

Consider it done! It has been signed into law! I will now go into retirement, or maybe I will join the system to see how this system works!

This is actually a great design for a virtual Congress! It gives a purpose for “cabinet positions.”

And does anyone have any suggestions for the account name? I guess VirtualParliament is already taken.

MrA, you're right. I don't want to be an administrator. I'd be thrilled to be CJ for life, though!
As for our belovéd Emperor, i'm sure he'd love living in Buckingham Palace with his crown jewels and his Welsh Corgis, conferring knighthoods and such, wouldn't you, @Political?

Maybe we could try a name that’s only slightly different like TheVirtualParliament?

Parliament has been formed! Now we wait two days until this account can start posting polls.

Thanks for the validation, Tom. 😁

Unfortunately I couldn’t do [The]VirtualParliament because the name was too long. I think USAParliament works fine, though.

* Today (Saturday) I will post a poll where you can create a party and and state its ideology and you may also state your intentions to join a party. Note that all created parties will run in the upcoming parliamentary election that will be held on Monday, November 25
* Today I will also post a poll that will give an example of how to write legislation. In that poll you may write and submit your own legislation
* 3 On Sunday from 4:00-5:00 PM EST I will host a party leadership debate where the party leaders will answer questions asked by the moderator.

Does anyone have any ideas for what the account’s first poll should say?

I’m thinking of something along the lines of “This is the new official Virtual Parliament account! On here you propose, vote, and debate on legislation, run in elections, etc. Please read the comments for more information and upvote + share this poll.”

Tagging @DSH so he can see this.

Just read this whole convo. Thanks MrA! Everything looks great so far.

I just have one question: I wasn’t here for most of VC’s history, so could someone tell me how @political was emperor? 😂

I crowned myself! It’s all about what you identify as according to liberals!

One user even tried to get Emperor Political banned because of how he identifies.

Some people didn’t get the joke. It made me act like I was serious even more. It became my persona because people acted like VC wasn’t a game. It was all about having fun, but people began acting like it was their job.