Be honest: if Virginia Governor Northam had an (R) next to his name instead of a (D), would the media coverage be exactly the same?

CNN tried it, then changed tactics when their “mistake” was pointed out

Of course it would be different because it would be focusing on a whole different set of people who would need to give their opinion on whether he/she should resign. Example: If it were a Republican, the President’s opinion would carry a whole lot more weight (in the eyes of media coverage) since he is the leader of the party.

Djt was also racially insensitive 30 years ago when he called for capital punishment for the cp5. Steve king is a racist today.

Yes I think he has been treated unbalanced by the media, but who cares? The unbalance by law makers and the electorate is more alarming.

Yes I think he should resign, he is not entitled to his position neither is djt or King

Are you implying they’re going soft on him?

The mainstream media, the establishment , the progressives and leftists everywhere have been desperately hoping and praying something like this would come out about Trump or a Trump associate. It must be killing them that instead of it being a Republican, which is what the narrative dictates, it was actually a Democrat. Racists can only be republicans after all, “this does not compute” , “this does not compute” . And then in a simultaneous explosion, a thousand heads explode.

They would blame Trump and call for his impeachment.

I didn't even consider that, but you're completely right, they would blame it on Trump!

“Be honest”? Sad you feel the need to clarify how to vote.

Yes, it is quite sad. Glad you agree.

Even though he’s a democrat, the media outlets are over exaggerating the yearbook issue, and undermining the infanticide issue I feel. If you do reasearch, blackface and making fun of the Klan wasn’t offensive. It was for good laughs mainly (kinda like an edgy meme). And this was also 30 some years ago... But the media is completely ignoring the recent comments about abortion he has said and even the lieutenant governor agreed with. If a yearbook photo taken decades ago is more offensive than comments that stated killing babies that are already born should become legal. Then you need to take a second a get your morals in check.

I definitely agree with that!!!

But are they reporting, or demanding that he resign?

News organizations? They’re reporting it like they should do. I did read them reporting of other people calling for his resignation.

Kelly, do you (or anyone) have an example of a time when a straight news story demanded ANYONE resign? Wouldn’t that make it an op-ed?

Are you sure you aren’t confusing entertainment/opinion shows like The View with hard news?

CNN anchors would totally be calling for a Republican to resign. Not just their opinion people. I live in the NY area. We have 2 papers, the NY Post and the Daily News. They are on opposite sides of the spectrum, but either one would put it right on the front page headline.

When have CNN anchors “called for” a Republican to resign? Has that ever actually happened?

My concern is this constant demonizing of the press. A lot of it is hollow or outright BS. It’s almost as if someone wants you to distrust the free press for some reason. 🤔

So I’ve been reading more on this. News reporters would not call for his resignation because they report the news. They aren’t there to give their opinions.

I’m still seeing articles today that are showing a lot of dems and republicans are calling for his resignation.

💠 KellyDimples asked:
02/04/2019
Be honest: if Virginia Governor Northam had an (R) next to his name instead of a (D), would the media coverage be exactly the same?

Considering that the media think he’s a Republican, I’m shocked that they’re not shouting from the rooftops that he should be murdered. 🙄🙄🙄🙄 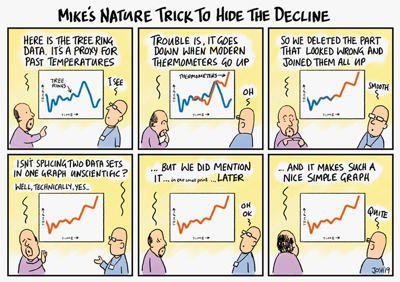 Yes, but I’d rather under report than be accused of being hyperbolic.

Well, since it posted 3 times, I'll assume you meant 45 years.

No, I got error messages so I resent it. But I hope others do get 3x the pleasure from what was my mistake.

How has the coverage been different compared to similar incidents? I’ve seen a lot of coverage of this story and the reporting certainly isn’t making him look good.

CNN puts an “R” by his name. It hasn’t changed their biased BS.

Probably not since scandals recently have hit Republicans, that's not news anymore.

Not sure I understand the reference.

I don't think the coverage would have been the same. I also don't think that a majority of people on SOH would have posted the same types of polls about him that they did or answer the same way in the polls. We are a fickle nation.

I completely agree with that.

The sad part of that it doesn't matter if it is Democrats, Republicans, or even Independents who lean one way or another.... Too many people change their view is a story based on their policy affiliation. It happens constantly and fairly evenly across political parties.

It's true, I'm guilty of it sometimes myself. I try to look at every situation and think "how would I view this situation if it was in reverse", but sometimes fall short.

Yep. Me too. I'm a left leaning (on social issues EXCEPT abortion) Independent who was caught in the outrage of the MAGA hat kid in Kentucky. I completely fell for the story as originally posted. I disappointed myself there. I have to do better to look at stories without a political lense and get the facts first.

I didn't immediately say this Governor needed to resign for something stupid he did 35 years ago. I stood up for him even though I strongly disagree with him. But now I think he's lost the confidence of his constituents and needs to.

Now this one gets to the heart of the matter! I don’t think the actual coverage is all that different... I think the reporting is the same, but the public REACTION (social media, opinion shows, etc) is different. It’s largely (but not entirely) reversed on party lines. Even then not so much... I hear a lot of Democrats calling for him to resign.

Anyway I think a lot of people are conflating the reaction to the news with the actual reporting of the news. I haven’t seen any legitimate news outlets suppressing or distorting this story… It’s everywhere I look!

Interesting. I hadn't really thought about it that way, but you might very well be right!

In this case, you may be right. But in other cases, the coverage is very different, and in some cases completely ignored.

Oh I agree with that. News organizations suppress stories all the time. I just haven’t seen it with this one and I don’t see how the actual reporting is much different from similar incidents.

Yes, I think the media coverage has been very negative for him, in fact I was kinda shocked so many Democrats have called for him to resign, wish the GOP would do the same to Steve King.