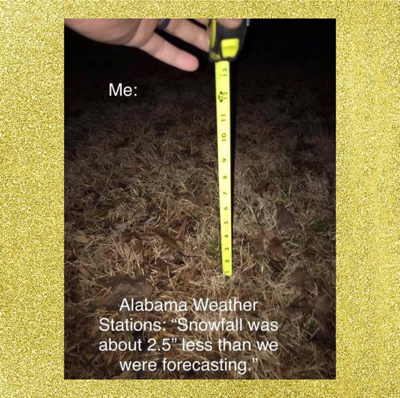 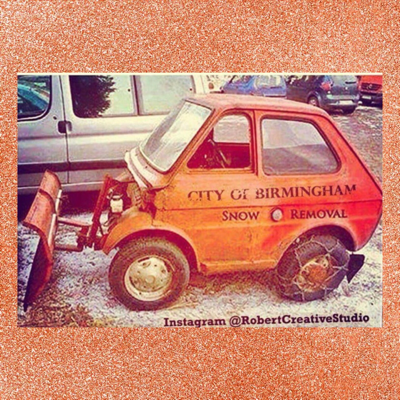 The right is a hoot!

Glad you enjoyed it!

Alabama Weather Stations: “Snowfall was about 2.5 incches less then we were forecasting.”

Shows a pic of a man’s hand, holding a tape measure up on top of dead grass.

Shows a tiny vechicle that has been made into a snowplow. On the side of it, it says: City of Birmingham Snow Removal

FYI: For those that don’t know about it, we were supposed to get snow in AL this week. Several school systems called off school and we didn’t even get flurries.

And this is NOT a City of Birmingham Snow Plow. They have NO SUCH THING. I’ve also seen this pic without the title on the side, so it was photoshopped.