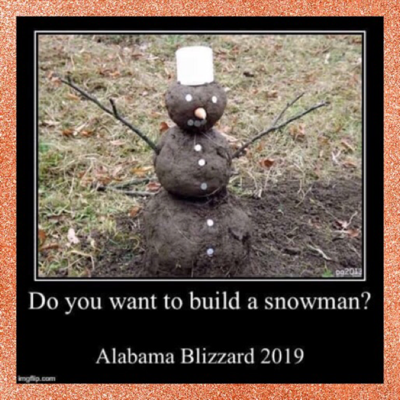 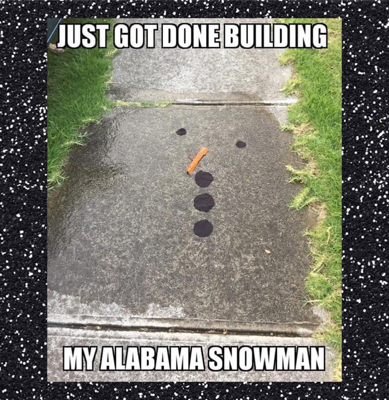 Shows a snowman made out of mud, with a roll of toilet paper for a hat. Caption reads:

Do you want to build a snowman? Alabama Blizzard 2019

Shows a pic of a watered down sidewalk with 5 black dots for eyes and buttons and a carrot on the sidewalk.

Just FYI for those that don’t know....it was SUPPOSED to snow in AL, and several school systems called off school, but we didn’t even get flurries!