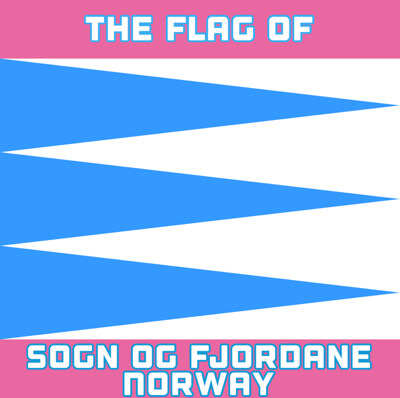 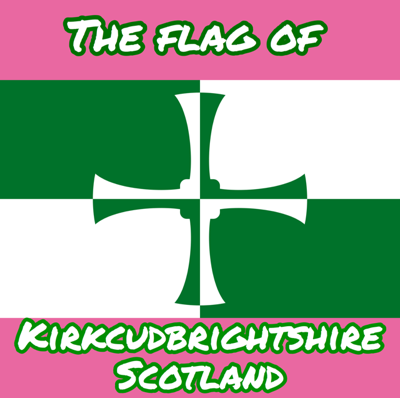 The Flag of Kirkcudbrightshire

The green and white emblem represents the checked cloth used to count taxes by the Stewards of the Lords of Galloway with the St Cuthbert's cross sitting on top. The town and county of Kirkcudbright were named after the saint, with an early rendition of the name being Kilcudbrit, derived from the Scots Gaelic Cille Chuithbeirt (Chapel of Cuthbert). The Anglo-Saxon saint's remains were kept here for seven years between exhumation at Lindisfarneand re-interment at Chester-le-Street. A pectoral cross was found on the saint’s body when his tomb was opened in the nineteenth century. The original is on display in Durham Cathedral where he was eventually buried. That cross is also depicted on the flag of County Durham.

The Flag of Sogn og Fjordane