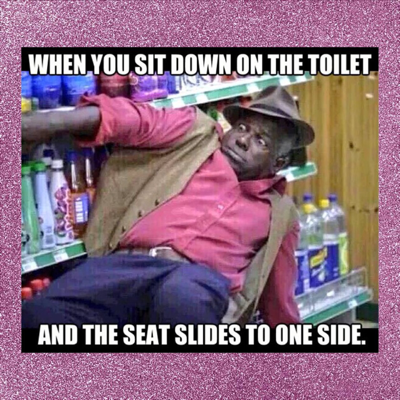 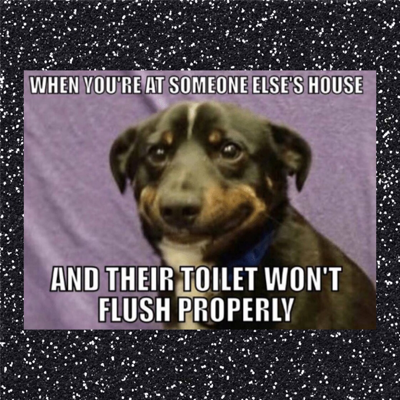 Shows a pic of a man, sitting down, leaning to the side, grabbing onto a counter, with a shocked look on his face, eyes wide open, and frowning. Looks like he’s holding onto the counter for dear life. Caption reads:

“When you sit down on the toilet and the seat slides to one side.”

Shows a dog with a pained look on it’s face, like he’s chagrined about something. Caption reads:

“When you’re at someone else’s house and their toilet won’t flush properly.”

I HATE it when the seat slides to the side, or when the toilet isn’t anchored to the wall well, and when you sit on it, it bounces back and forth!

And of course, the OTHER situation is quite embarrassing! Lol