A shot elephant falls on a hunter and kills him, leaving behind a wife and five kids. Is the hunter's death a cause for celebration or mourning?

I value human life more than an elephant's. That doesn't mean I approve of him shooting the elephant, but this is no cause for celebration.

Karma bit him in the ass

Almost all losses of human life are unfortunate, and most certainly not a cause for celebration. The exceptions being the most vile humans, such as Josef Mengele. People do horrible things but are usually undeserving of death. If we wish it upon the criminals, we are becoming the enemy we despise. We become the murderers in the mind and soul. Killing is justifiable in self defense and executions, but only then in the form of justice and defense.

Who would leave five kids to go someplace far away to kill an elephant? Nowadays that's almost murder.

I'm sorry to hear about that poor elephant's widow and fatherless children.

I'm sorry I value human life over an animal.

@Reeze – I do too! I was just referring to the awkwardness of the sentence construction. It was ambiguous, and made it seem that the wife and children belonged to the elephant. 😃

My bad! I was a little shocked that I disagreed with you for once, but I now see my mistake. I apologize for jumping on you so quickly; I've just been almost irrationally upset about this and the fact that we're heading toward a place where human life no longer has value. It's good to see you again!

No problem, my friend, and it's good to see you too! I totally agree about the devaluing of human life that we are seeing in modern society. Harambe and Cecil the lion were shocking stories!

One less dumbass bringing our average down, and a solid contender for a Darwin Award. Still, not a cause for celebration. I'm sure his family is mourning the loss.

Mourning. A person died. Its ok that these kids are orphans and shes a widow because you think killing animals is wrong?

Great one for the elephant. Those rich assholes shooting animals to extinction need to spend their big money elsewhere . And don't comeback with they are just shooting the old ones or helping the local economy by killing that's just self Serving BS . Rot in hell motha f er

Without conservation hunting, poaching and aggressive male elephants would drive the species to extinction in a matter of years. Get off your high horse and have some respect for human life.

Yes, but the hunting people like him do is actually vital to the continuation of the species. Aggressive older males are not dying and will kill children, which is why they need to be killed so they don't destroy their own species. You're literally arguing FOR the extinction of a species and rejoicing at a man's death as well as the fact that 5 kids will now grow up fatherless. You're a sociopath.

I would never be a big game hunter myself. I just couldn't bring myself to do it. But that doesn't mean I rejoice in the pain that man's wife and children are feeling. They weren't hunting. So why should people be so excited for their loss?

And you are full of shit if you believe this?

It's sad and I don't like hunting for the sake of hunting. People celebrating this are sick.

What goes around comes around; Don't kill something unless you need to. We have too many people on this planet anyways..

I guess I just have the old-fashioned viewpoint that a human's life is more valuable than an animal's.

Let's just ignore the fact the human killed was the murderer of animals.

If you've ever eaten a burger in your life, I hope you get trampled by cows and people celebrate your death. Just kidding, because that's awful- but it's exactly what you're doing. Hunting is an important part of conservation, and I'm sorry I'm not going to be crying if an animal dies. If he had killed humans, I would be less sympathetic.

Not to worry most of these animals will become extinct soon enough by the sick behavior of humans - so humans can continue just killing themselves again.

I can clearly see both sides here. Reeze, the only difference I see in the burgers vs big game argument (I know you were being facetious to prove a point) is that the cow is used for several things. Milk, meat, leather...amongst other uses. The elephant head would just sit on a wall somewhere.

However, that doesn't make me happy about the hunter's death...or think he just got what he deserved. I'm not God. I don't get to decide who deserves to die and neither do any of you.

HIS Death is a cause for mourning.
The cessation of his killing a CELEBRATION

That's an opinion I can respect.

SOH'rs love compliments.
Thanks for noticing.

Elephants are actually becoming more violent due to poaching. Little did people know, elephants actually mourn the deaths of other elephants. Some will even have a type of "funeral" when another elephant dies. When poachers kill elephants that have young, the young don't know who to base their personalities off of. So when elephants grow up, they aren't as peaceful as their parents were. They're slowly becoming more violent. I mean it's sad that this hunter left a family behind, but I say good riddance Jack@ss

This wasn't a poacher. He was a hunter whose efforts went toward conservation, which is the only way we can protect elephants from going extinct at this point. He was the victim of a wild elephant attack and I am honestly disgusted at anyone who is PLEASED that this man died.

Thanks fir the full story. The poll question did not make that obvious, and clearly many readers are not as informed as you are.

Right. There wasn't enough room for the full story, and I was kind of aiming toward wondering whether people valued the life of a hunter or elephant more without context. I'm giving the story now in hopes that it changes some people's opinions- I don't think his death should be celebrated regardless.

I have call this total self serving BS !!

Mourning, and only a sick person would wonder about it.

Rather, only a sick person would celebrate.

Is it sad that he left behind a few kids? Sure. Am I altogether upset that his actions and stupidity caused his death after shooting an endangered species? Not at all.

His party stumbled upon an elephant breeding ground, and one of the elephants charged them. It was shot in self-defense and had picked up the man with the intent to kill him. I am completely sympathetic; he didn't do anything to cause this. That's like blaming a bicyclist for getting hit by a car because he "knew the risks" when he decided to drive on the road.

No one just stumbles upon an elephant breeding ground; that doesn't happen. Also, that analogy is just plan dumb, mate. You can't compare a bicyclist around cars to a person with a rifle in an area known to have elephants.

That was taken from the article reporting it. But I guess you've been to many elephant breeding grounds and know exactly how they work, so my bad. Also, it's an apt analogy because people are saying they're unsympathetic because he knew the risks when he chose his profession. I wouldn't celebrate the death of a factory worker, even though he knew the risks involved when he signed up for his job. 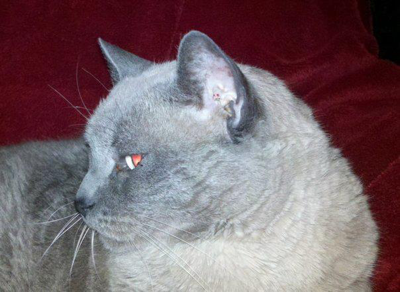 I say hurray, Devine Justice! The man left 4 children behind.... How many did the poor elephant leave behind?!! Elephants have emotions the same as a human. They grieve the loss of their children or mate same as humans.

I just don't see it that way at all. There is nothing to suggest that elephants are nearly as capable as humans at processing and displaying complex emotions, and I will ALWAYS value an innocent human's life above that of an animal's.

Any death is tragic.

I completely agree. All over social media, I see people rejoicing that this man they don't even know died in an awful way, not even caring about the effect on his wife and kids, who will now grow up fatherless. I was hoping SOH would have a little more compassion- guess not. I think it's revolting that someone would ever celebrate the death of an innocent person (killing animals does not make you a bad person in my books- we've been doing it since the beginning of humanity). I'm just really disappointed that this is acceptable. I've lost a lot of hope for people.

The type of hunting he was involved in benefitted conservation efforts. I guess you'd rather elephants go extinct then.

Just to clarify ... I agree with mac and Reeze. I had not seen thatguy's comment when I posted.

I really needed to clear that up!

Celebrating any death is disgusting!

Love when this kind of stuff happens! Serves this sob right. Karmic finish for a disgusting human. Wish things like this happened more frequently. 😻🐾

You are one sick person.