Without googling, do you recognize the company name IBM? I'm looking at the age demographics for this question.

Yeah, my highschool was a few blocks from their facilities in upstate New York.

They are still financially a very big deal. And one of the biggest real estate holders anywhere.

I live about 10 minutes from their research center in NY where they filmed the Jeopardy episode with Watson :)

Even got to check out the research center and see Watson through a window when I went there for a college interview!

Yeah I'm from where IBM was started

Sure. They made the first computer I used in 1962. I can't remember the model name, but it resided in the Physics Department at the University of Cincinnati. I didn't touch the computer itself, but learned to program with FORTRAN IV in the summer mid-way through high school. We'd take our packs of punch cards to the computer room and run them through the machine.

The last typewriter I owned, in the 80s & 90s, was an IBM Executive. Really innovative - it has type of several different widths, so what it produces looks very much like variable-spaced font printing. Much more elegant than any other typewriting.

The first computer I ever used was the IBM PC Jr. in the early 1980's. It was very primitive by today's standards, but we thought it was pretty neat! No hard drive, just those old floppies (remember them?). We had a 300-baud modem and a dot matrix printer. It ran on MS-DOS and we could write primitive programs in the BASIC language.

I had almost zero contact with computers for some years after my experience with the big IBM when I was in high school. I remember a room full of giant computers with tape drives at Northwestern in '65, but I was just visiting. The hospital I worked at '75-85 had dumb terminals and printers in the lab but that was a close as we got.

When I took some college classes in the early & mid 80s we used small computers in labs for various purposes (I *hated* them - each one used different commands for the same functions), and I took one computer class that basically taught us how to use different kinds of programs, in about '87. I forget what kind we used. Not Apples, though. I had also used dedicated word processors when visiting my old commune in San Francisco, and when working as a medical transcriptionist, and I remember using actual "floppies" for those.

When I started at the college I eventually graduated from, in '88, I encountered my first Apples, both in my chemistry lab and in the science department secretary's office. They had the hard "floppies", and as you mentioned, no hard drive. I had finally found a computer I could love, and that's what I bought when I went to grad school - a Mac SE/30 with dual floppy drives. I did eventually get an external hard drive for it, though - can't remember if I got the 20 MB one, or sprung for a 40 MB - can you imagine coping with something that small now?

I didn't use any computers until we got the Jr. I described. We went from that through a series of home computers, but in the meantime, I went to back to school.

I learned to program mainframes, using punch cards! Then, I got a job at a large bank, where I thought it was great that I could type my commands into an actual terminal! 😊

Home computers were still relatively rare. (It was 1989.) With my mainframe background, I did a lot of work on the Y2K problem.

By the time I retired, I was working in online banking, but mostly on the mainframe backend. It's been an interesting evolution.

If it wasn't so late at night, I'd share more with you. Maybe another time.

On another note, take a look at my conversation with EastCoaster in his most recent poll.

International business machine, one of my cousins work for them

Fun fact: The reason the computer in 2001: A Space Odyssey was named HAL was because HAL is the letters before IBM.

Neat! Yes, I think I had heard that somewhere.

I used to work for Xerox so yes they were one of those big companies.

Technology company that used to be among the pioneers of technological innovation in the mid-late 20th century but have fallen off the map in recent years (at least it seems that way).

I googled, and it turns out I'm not completely wrong. They're still around and are very profitable, but innovation hasn't been in their game plan for a looooong time. But they sure did have their heyday when they invented the floppy disk and ATMs eons ago 😋

The first PCs, evolved from text processors, were IBM.
In the late 70s a friend's father had one and I think they were very expensive, almost as much as a compact car in today's prices. 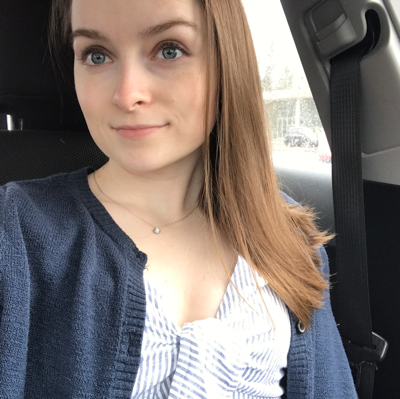 Yes. My dad works in the tech/software industry.

Only because they have an office right down the street.

We used to say it stood for "I've Been Moved"

I had an uncle that was there his entire career. He lived in New York (twice), England, Texas (twice), Japan and Colorado (twice).

He worked on the development of Fortran in the '50s.

I knew one of their repairmen, who had taken advantage of their stock program, who was worth more than a million in 1969. That was a lot in '69.

Starting from the punch cards used to do the 1980 census, they grew from a typewriter company to the first corporate large-scale computer systems, and personal computer "PC" market.
Fired up by Bill Gates' DOS system (hee hee redundancy) it helped

make Gates a zillionaire and Microsoft and then Windows ubiquitous. It even had to help keep Apple in business by feeding it $$$ a few years for anti-monopoly!

IBM was known as "itty bitty machines".
They did enormous research in semiconductors and magnetic storage along with AT&T (when they were a real company, prior to being broken up by federal court).
Many medical diagnostic machines today stem from

the research and equipment from IBM.

They populated the eastern upstate NY from White Plains all the way over to Buffalo with their labs, offices, and the"secondary jobs" supported by the company towns.
Which, come the 90s, all started to wither

as the PC market moved to Japan then China. Thousands of square miles of office space, labs, and jobs are now dark.
Lenovo is the "new name" for what was IBMs think pad, the laptop, now that it's a commodity item.
HP fell similar fate, later.

IBM was one of the last American companies to have "job for life". Once hired, you weren't let go for quarterly stock gain. You had a pension! And free family membership at the many country clubs to golf, swim, or have your or your kid's wedding.

They had 40,000 employees and manufactured nearly everything they used, back in mainframe days, right here in the US. Their equipment was appreciated for its high quality. IBM over engineered just about every part, so they lasted. Until about the time that PCs started being widely used, if you owned anything IBM had ever made, IBM would support it, and that covered a 40 year time span and vastly different technologies.

In a bank you might have a room with PCs using floppy discs, selectric typewriters with their 1187 moving parts, and enormous bank-proof machines that enclosed an entirely mechanical adding machine, an enormous drum that was released and stopped by solenoid the size of your fist. The drum was driven by a Harley Davidson motorcycle chain. The mechanics of the thing included a camshaft that would make an automobile proud, and an actual oil pan.

IBM developed the translation system used at the Nuremberg trial. Not sure what else they do.

Did you know that they dealt with Nazi Germany? They made early computers that were in concentration camps, to keep records on prisoners. However, that's not the point of this poll. It's more about their general history and what they do now.

IBM made some of the first personal computers. They were a household name, like Apple and Microsoft are now. They have gotten out of the personal computing business, but are still a leader in business computing (larger computers and related equipment).

So, here's what inspired this poll. I volunteer at a Holocaust education program at my synagogue. We teach eighth grade students (mostly non-Jewish). One of the points we teach cover s what I just showed you, that is, IBM's involvement.

Recently, one of us was talking about this. She observed that several of the students had never heard of IBM.

Interesting that that's the one thing you do know.

Mark, was that to Russian?

I've even owned some of their hardware, both electronic and electro-mechanical. In fact, now that I think about it, I still own some equipment with their name on it. And I've punched a butt-ton of their cards.

I think everyone recognizes it.
Did you want to ask what it means?
In think it's industrial business machines though the first word could be international.

The word is international.

I didn't know if younger users would recognize the company at all, but I was wrong, according to the poll results.

Praet, if you are curious what inspired this poll, scroll up a bit to my comments to RussianThunder.

Yes and I believe they've been bought out by Lenovo right?

I googled it. I didn't know about it, but apparently Lenovo bought the personal PC division of IBM. IBM still makes mainframes and a lot of other stuff.

Family worked for them. We had CE's on site in the 70's. Big battle between IBM and Unisys at the time.