Have you ever removed a friend from a social network because of political differences?

All the people remarking on the higher percentage of Democrats who said yes... Did you ever think that maybe that statistic is a reflection of Republicans' tendency to say things worth blocking more often?

For instance, I've had Republican Facebook friends who made comments like "gay people deserve to die". I am gay. I blocked those people in the interest of my own safety.

Not a "friend", but some random person I didn't really know who posted so many things I found awful on a daily basis.

I had a friend who said "if you are stupid enough to be pro choice then delete me right now!" So I deleted him.

I sacrificed my democrat friend to Jesus

Not so much removed as blocked because of philosophical differences or mean-spirited comments.

Luckily most of my fb friends came from school and are somewhat decent and educated about expressing their opinion. I have deleted emotional people and ugly people in real life.

I use social media to keep up with friends. I don't like it when they use it as a soap box. Don't care what their political views are as long as they aren't posting those made up anecdotes and stories as propaganda.

As far as politics, I know what I believe and I'm not afraid of reading someone else's views. I may think they are dead wrong and an idiot politically, and that's my right, but I've never delegated anyone because of politics.

Not because of political issues but because of lifestyle issues. I don't want to see half naked/naked people! I was a cop, and some things friends and I post upset a sensitive friend and she wanted people to not post about certain things. I deleted.

A 'friend' that would spout her politics but was intolerant of others. I deleted her in response to her post that said something along these lines,"I can't believe the intolerance of Joe Schmo, I've deleted him as a friend"

I mostly just bust out the popcorn and watch the shitstorms unfold in their comments. It's great fun!

No, but I have removed one that posted emotional,

Never removed one, but I have unsubscribed to many friends on Facebook. I don't constantly spew my political opinions because I don't care about theirs. If anyone gets too preachy I'll unsubscribe.

I've never done it to anyone, but I had it done to me. All I did was like a page on Facebook, and she hasn't talked to me since. Triflin slor.

No, my friends and I may have differing opinions on a number of subjects, but I do love them. 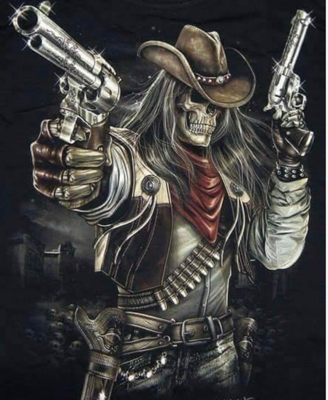 Yes. Everyone is entitled to an opinion, but at some point it becomes too much. When that becomes the focus of everything they post....goodbye.

Only when they will not shut up about their beliefs and mention them in every status update. And most importantly, when they constantly put down and berate others who have different viewpoints.

No, but I have been dropped as a friend myself, I guess for those reasons.

Nope, but I just got blocked by a troll on one of my favorite pages!

I'm from a small town in Iowa. 70% Republican and I'm a democrat. I receive death threats monthly on social networks, so yes I had to.

I guess it depends on definition of friend. Casual acquaintance - yes. Real friend - no.

No- but I've hid people that just go on and on. LOL!

Nope but plenty of my conservative friends and family have removed this vegetarian liberal hippie.

To hell with those vegetarian hippies eating all the white mans grass...

I have many friends with conflicting political ideas. But I only delete them when they become hateful or obnoxious about it.

I haven't, but my open minded liberal friend removes anyone who doesn't agree with him. He doesn't see how close minded that is either....

No, but I've been removed.

you haven't been on Facebook until you've been unfriended <g>

How did they get to be a friend in the first place? Maybe they will eventually see the light. Anyway, I hardly ever use "social media" . Just to look at photos and read clever posters.

I have, but it turns out they weren't a friend in the first place.

It wasn't they're differences, it was they're constant posts about it.

I have only because they started to personally attack me because they knew how strongly I felt on the issue (they started the argument). I'm pro gay and pro choice, but I don't shove it down their throats like they do mine. That pisses me off most.

I removed my cousin because of her rabidly anti-gay posts. Still invited her to my wedding and have communicated with her through other means, because it's just Facebook.

Democrats, what's wrong with you? I like to keep an open mind when it comes to other's opinion, unlike some people. I've been blocked by people because I told them they were closeminded. I know people are not always going to agree with me and that's the beauty of this country, the difference of

Yes, you are right. I respect everyone's opinions... However, I don't appreciate you making generalizations about a whole group of people based on a poll.
There are intolerant and close-minded people in every political group.

exactly. I was referring to the poll. Not a generalization. I know quite a few open minded Democrats. And one or two open minded Republicans believe it or not.

They were more radical than RandFan.

I have lots of friends with political viewpoint differences but only one who became so difficult that I had to "unfriendly" him. I was sad to do it, but it had gotten profanity-laden and ridiculous.

I removed a friend over political intolerance. I said "Guys, we have a president" last November. Which was me stating the obvious. I don't show who I support on Facebook. He commented stating, "No, we have a moron" unfriend

I'm also quite stingy with my Facebook friends. He had done more things that bothered me other than political things before that. It was just the last straw.

Yes, only because I was harassed about it. I actually got death threats as well over it. Democrats can be extremely intolerant sometimes. Not saying Republicans can't.

I haven't removed but hidden them...I don't care if people have a different view but I can't deal with constant political anger and propaganda

It's called tolerance & freedom of speech

Something your govt wants to take away from us.

NOWHERE have I seen the government try to take away our first amendment rights.
It would be F U GOVERNMENT. Not just Obama's fault.

Btw: this has NOTHING to do with politics..

Or let me rephrase.. Nothing to do with that side of politics..

No, but this fall was hard for me. Being a democrat and auburn fan in the state of Alabama, you learn to bite your tongue a lot. I guess I only share my political opinions with very close friends...or complete strangers.

No, but a few have threatened to unfriend me.

It's interesting how the dems. Who say they are the tolerant party, have a higher block percentage than the reps. Just saying lol.

No, not because of their position or opinion, in & of itself. Have shutdown/muted/blocked/etc ppl who were hostile, condescending, hateful &/or consistently disrespectful - regardless politics - several times. Sure I will again.

I don't mind it every once in a while, but really? It's the same people EVERY day! Half the stuff they post is untrue as well!

No, but an Obama supporter removed me after I strongly disagreed with her stupid friends after that Kenyan got reelected. Seems like the socialists cannot stand to have someone point out their errors.

Might have something to do with the manner in which it's done. Especially if this comment is an example of that.

They were extremely anti-Republican so I responded in kind. Fight fire with fire.

Sorry, but "that Kenyan" comment shows that it might have been warranted. I didn't vote for Obama either time, but singling out his heritage like that doesn't portray you in a positive light and makes anything else you say fall on deaf ears.

No but I've been on the receiving end. And we lived together at the time! Hahaha.

She couldn't never justify her left wing statist views on my posts. Typical democrat spew though.

The text in this post is super big on my screen, and half of it missing.