Is it wrong for pastors and ministers to endorse candidates and legislation from their pulpits?

Christians shouldn't have any part I the dealings of ruling over other men.

When they enter so blatantly into politics, yank the tax exemption. We have a pay to play system.

Endorsing candidates or parties voids your non profit status. Advocating moral and political positions is your job (at least in Judeo-Christian tradition).

It's not wrong. It's against the law. These two things don't always coincide.

Pastors endorse candidates all the time. They even appear on the news to talk about their candidates. How is it against the law?

They're not at the pulpits when they're on the news. Except for Jackson and Sharpton-- the TV is their pulpit.

It was very wrong for the pope to do so.

To be fair, the pope also represents an independent country (right or wrong as that may be).

The influence a pastor or religious leader has over a congregation is tremendous and should not be abused. Political parties have built entire platforms on appealing to the religious right with little results in legislation and change. Pastors are getting filthy rich pointing their loyal flock in the direction of a particular party. Example Mike Huckabee making millions on Fox News and mega church preachers taking speaking engagements to promote a party while the flock delivers the vote only to be dismayed in the end with no results. Why do you think the religious right is supporting "Trump"? If he were of another party they would not give him the time of day. Their pastor said vote for him so now he's acceptable! 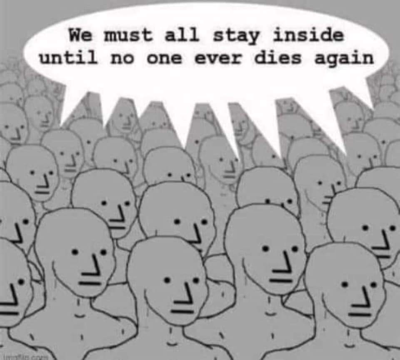 You don't seem to have a good understanding of priesthood, and are probably not a church going Christian. Priests and ministers live very meager lives, often in a small monastery on the grounds of their church. I don't think Mike Huckabee is an active preacher (if he ever was) and that certainly is not the case for 99% of preachers/priests.

I have a very good understanding of priesthood and preachers. I am also a practicing Christian. The question was related to the influence "some" not all preachers have on political elections. I pointed out the extreme cases, such as Mike Huckabee who has gone from the pulpit to Politics and uses his influence as a "religious leader" to push Christians to vote a certain way. He makes millions abusing this trust people have in him. There are also many cases of "Mega" church preachers who do the same for money. The average priest does not get into this practice, although many do influence there flock to vote a certain way.

It's dumb if them to do. I've been in churches all over this country and I have never attend a church that openly endorsed a candidate. Most churches (that I have attended) will speak on specific policies but will not endorse specific people.

I don't see why it would be wrong. Every celebrity and other public figure does it.

In general, yes, but they should be allowed to do it.

If they do that's fine, but their nonprofit status should be revoked.

I don't see the connection. I don't agree with everything my pastor says and I question and consider his views as a matter of course. If he spoke for or against a political candidate, that wouldn't change. More importantly, it wouldn't change my church being a non-profit organization. Want to remove non-profit from a group? Go after the NFL.

It's against the law. Tax Rules Forbid Churches From Endorsing Candidates, Will IRS Take Action? www.forbes.com/sites/peterjreilly/2015/09/20/tax-rules-forbid-churches-endorsing-candidates/#7eb76496412f

Pam - when you want to show a law, I'd suggest quoting the actual law rather than a Forbes article.

If we were willing to except all existing rules and laws as being right slavery would've never been abolished in women still would not have the right to vote.

I thought we wanted separation of church and state? Maybe put prayers back in school.

We do have that. The government isn't establishing a religion, not forcing it on anyone. If a church wants to suggest a candidate because of compatible beliefs, what's the harm? I believe that scares elected officials more than it is a church/state conflict.

But if so someone put a cross out in the wilderness the ACLU has a fit because some anti theist cries like a baby about it. Or a religious group wants to hold a meeting in a school all hell breaks loose. But I seem plenty of politicians make their speeches at churches. Hillary's done a few in southern black churches.

Presumably the members of a church have similar ideals and morals. Why would their leader not put forth their position on the matter?

From the pulpit? That simply isn't right on so many levels.

When I went door knocking for Mitt Romney I met a minister from a baptist church and he said he tells his congregation every election year who they should vote for.

He should focus on preaching God's word.

There's nothing wrong with urging people to vote for a candidate or ballot question that falls in line with their religion.

Teach Christian values, and people shouldn't have a difficult time figuring it out.