After one game, your kid wants to quit the team. S/he says there's no chance of winning the championship, so why bother. You disagree and say it's about character. S/he points to Cong refusing to vote on a bill the Pres will likely veto. You say:

I'd be really impressed with my kid for such a worldly and witty albeit irrelevant analogy. I'd also tell her it's impossible to judge an entire season by one game. I'd also tell her to aspire to be more mature than congress who gets NOTHING done.

The presidents bill suck so why bother. Maybe she's right!

Perfect teaching point: those are NOT the role models you want to have.

What a great point! I then explain how little character Congress possesses and what the kid can do to make a difference! It starts with one person

It takes ZERO discipline or character to say 'No'. A fussy 2-year-old can do that.

Getting up, working hard, fighting the good fight, learning, and growing everyday even if you can't or won't win, that takes guts, that takes determination, that builds skill. Yes, there are days when you lick your wounds and concede the battle, but that does not mean you do not show up for the next challenge.

Taking a pass, giving up - that is a chump move.

That being said: if my kid really hates the game itself, and not just not being on the winning team, we might investigate other avenues.

My rule with the kids was always finish what you start.

Obviously the people in congress never learned that...

I mostly agree, but trying something once isn't good enough. One season, though, definitely.

My rule was always 'you made a commitment to the team, you have to finish the season you started' If they wanted to stop playing after that season, that was fine.

If they don't want to play, I won't make them. But I'd tell them to set their standards a bit higher than congress.

You can override a veto by a vote lol

I would tell them they should never model their decisions after congress. But if they really want to quite I wouldn't really care either way

Only one team can win a championship. If the reason your child wouldn't want to participate because they don't think they'll win a championship then that's exactly the reason to participate, you never know what's going to happen. You yourself will improve throughout the course of the season and maybe your improvement will cause your team to win, or make you better for next season. Losing isn't a waste of time in the same sense that congress feels passing "dead on arrival" legislation is. That being said, "DOA" legislation is a perfect example of how partisan politics are killing this country, in all directions.

I will encourage them to play but ultimately it is their decision to make, and they will learn from this experience in some way.

Congress isn't (aren't) my child(ren). We hold certain values in our home that others don't; you are to live by our values.

Congress will often pass those bills for the principle of the matter. To make the president look anti-democratic, etc.

Tell the kid to stick with it as a matter of principle.

I dislike the tendency to make kids stay in sports or other activities. I see the point, but I'd rather have a kid who isn't turned off to trying new things and experimenting because they have a strong negative association with daring to try something. As kids get older, sure, it becomes more important to invest in something. But I'd rather it be something they actually loved.

I agree with the something they love bit. My girls are specifically in gymnastics for that reason. They love it, so they are doing the next session too.
My parents were more the "have to be in something" type. The worst two were making me stop gymnastics and layer on, forcing me to play basketball. I hate basketball. Really, really hate it.
They said gymnastics was bc of the cost (it is expensive) but that'd hold more weight if my brother hadn't been able to play each and every sport he ever wanted to and I hadn't been placed with younger cheer groups so that I could cheer for his football team. :/

You should listen to the podcast posted just below.

I'd tell them they're not in Congress and the team is counting on them to show up. 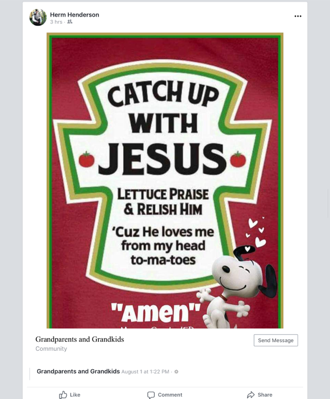 A bill can be passed over the presidents veto by a 2/3(?) majority vote. So ever congressman's vote is important.

I say that we don't look up to them.