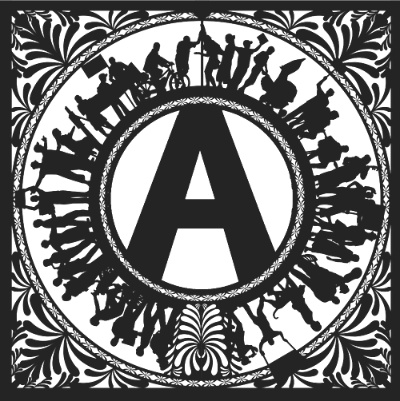 Syrian civil war outcome poll (1/3) Which group would you rather have "win" the war in Syria? (Gain stable control over the area/foreign occupation)

Turkey has no interest in occupying Syria, but I would consider their intervention superior to any world in which the butcher Bashar al-Assad is allowed to rule as dictator for the rest of his life without paying for his crimes.

I don't ignore that, but that's not the only benchmark for legitimate leadership. Yes, it's true that if you're a Syriac who obeys Assad, then he won't kill you, but he only does that to forge an alliance against the majority Sunni population that he makes no attempt to mollify. Assad is still a dictator who drops barrel bombs and chemical weapons on civilians, including Syriac groups that oppose him. He's still a butcher who's lust for power has cost Syria hundreds of thousands of lives of men, women, and children. He's still a bad actor who has interfered with United States interests and has Iraqi and American blood on his hands. His pragmatic Baathist tolerance for Christians does not usurp all his shortcomings.

Furthermore, Turkey is even more secular than Turkey. You should love these Turks. They don't even allow the hijab. The laïcité they practice should make them your hero.

Come on man, you have to understand how ridiculous that sounds. The UN report on this issue was careful to blame neither side in order to avoid the appearance of bias, but they did conclude that the delivery system for the sarin gas attack in Damascus was a Russian-made surface-to-surface missile. Tell me what group has that technology. I'll you who, Human Rights Watch and independent arms experts say it could only be Assad. Moreover, these missiles came from government controlled territory and struck a rebel controlled suburb. In addition, the Centre for Globalization is a notoriously wacky website that peddles communist, Baathist, and anti-Semitic conspiracy theories. The facts are that Assad has deployed, and continues to use, chemical weapons against the Free Syrian Army and its affiliates. The UN has concluded that chemical weapons use in the Syrian Civil War has been systematic and that's Assad's burden that he has continued to oppress civilians with as recently as September.

Listen, Chim, it's true that Assad has pursued some market liberalization, but he's still a Baathist (Arab Nationalist / Socialist) at heart and in name. In addition, this is not a class war, this is a war over Assad's political authoritarianism. That's why protestors took to the streets and that's why Assad sent his goons to put them down. These Islamist groups have taken over most of the fighting in Syria are not socialists. Islam accepts the idea of income inequality and transnationalism and as a result Islamists and Baathists have been longtime enemies throughout the Near East. Even if one accepts this idea that it is a class war between the bourgeoisie of Syria under the dictator Assad and the lower classes under the Free Syrian Army, it is still only natural to choose the FSA. Assad is still a dictator who has violated international law and committed war crimes. Assad is still responsible for the death of United States soldiers in Iraq.

Assad is still responsible for a civil war that has killed hundreds of thousands of people. This isn't that complicated and there's more to foreign policy than the ostensible economic movements of our adversaries.

The difference is that Lincoln didn't massacre protestors. Lincoln was democratically elected.

Hafez al-Assad was a bad man, of that there can be no doubt. However, he had charismatic legitimacy that enabled him to rule. Bashar is not so fortunate. There was much hope that Bashar would be a reformer, but that didn't come to fruition, which is why the Revolution began. Assad's reaction to these protests showed that he is just like his father.

Syria not aligned with US interests. The United States should support the Free Syrian Army just as the French once supported the Washington's militia.

Democracy is the best form of government. It promotes accountability, civil liberties, civil rights, and responsible governance. I don't seek to impose it on anyone, but when a group of people rise up demanding it they should expect the support of the leader of the free world. The United States isn't forcing democracy, the Syrian people are. The only party preventing the change is Syria, Russia, Iraq, and Iran; mostly traditional American enemies.

Unfortunately Bashar al-Assad and his allies have razed the country to the ground, so it's impossible to get an accurate poll or a vote either way. However, it's telling that even with their great coercive apparatus Assad only controls 20% of Syria.

The civil war won't end until Assad loses. One of the only things that connects the over one hundred different groups fighting in Syria is their unified hatred of Assad.