Have you ever suffered from depression?

OD is much more fashionable these days anyway.

If so, you should get your arms now before its too late.

The only thing fake about me is my smile :/

People who say suck it up are the ones who have the worst depression and are so far in denial that they take their pain out on others.

women are more likely to suffer from depression derpface

And btw how this related to depression: the guy prolly has depression and for a while I kinda thought I had it too since I couldn't think about anything else besides what I said might have been the last thing he heard.

A really caring person so deal with it. And thanks again to all who read this!!!

And he's now in a wheelchair with no legs. His name in Andy and is a very sweet boy. He's only 12 and in 7th grade. And thanks to everyone who took the time to read this! It really means a lot to me in a really sad part of my life. I know some of u are like well u didn't even know him!!! But I'm...

So we built an in game memorial but that didn't matter. I was crying in an instant I put it together.
*******Part Two********
So many months later, it turns out he's alive. But don't celebrate yet, he did jump off a building. He landed on his legs and they had to cut them off...

Shocked. I thought maybe he didn't think anyone cared about him, so I told him I cared about him (I really did) and begged him not to. Suddenly, he stops talking. His guys stops moving. 10 minutes goes by. 20 minutes. 30 minutes. Everyone is going crazy. This guy must have just killed himself!...

Sadly true story, i was playing minecraft one day (like the nerd i am) with a guy call ShadowKing and then he started saying really weird things Like: ghfgkcubdyvc. So then he says to me,"You know, I really want to jump out the 20 story building I'm in to know what it's like to fly" and I was...

There are so many things wrong with that statement. Ur lucky there's no down vote button...

I would credit some of that to childbirth. Many women suffer from postpartum depression after childbirth.

Yes postpartum depression after giving birth to both of my kids.

Just the normal occasional blues, haven't ever needed drugs for it.

Wow, you are so messed up. You should learn to do some research before you discredit a flaw in neurochemistry. It is not a disease, it is an imbalance in chemicals within your brain. And it is not fake. Depression has been around since humans could breathe. Here is a star for participating though. 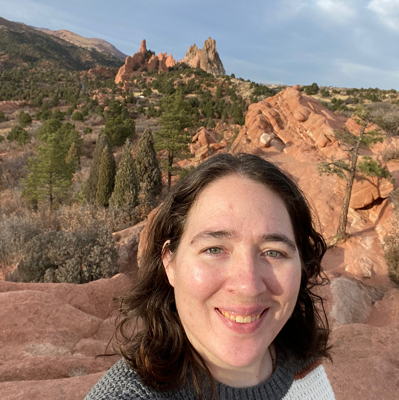 Are you kidding me with this???

Nope. Way too Strong to fake a Disease.

sickofit - I'm glad you caught that - I didn't even take a look, and didn't realize CCHR was a Scientology front group.

OMG!! CCHR HUH?? Great "scientific" resource!!! A front for Scientology...folks Tom Cruise is trolling SOH now. There are dangers with any drug, medication or treatment ....no one is denying that. Get educated and make an informed choice whatever the health problem. Or perhaps u prefer Kool-aid!!!

Yeah I suffer from major depressive disorder I also suffer from PTSD, add, and a learning disability... Iv been depressed since birth and have attempted suicide several times! So yeah I have had a great fucking life. Now I'm doped up on pills for life! Fml

No, but both of my best friends suffer from depression. Maybe I'm a common thread? :0

You can disagree with the treatment. Totally valid argument. But your alternative, to deal with it and suck it up, is presumptuous at best.

...psychological/psychiatric counseling, it, hey, even diet/exercise. But you HAVE to know what you're dealing with, and a quickie self diagnosis may do more harm than good. I'll say it again: if "just dealing with it" doesn't work, GET PROFESSIONAL MEDICAL HELP.

...consumer. Patients should be cautioned what to watch for, and deal appropriately if they have a problem with ANY drug. Sometimes medication isn't needed. Sometimes depression isn't clinical depression, or isn't depression at all, and can be handled otherwise medically, or with..

hazhap, I'm aware that there are issues with antidepressants for juveniles and young adults; perhaps I should have clarified that earlier but I was already going on way too long so I didn't. ALL drugs have potential negative side effects and no one should take drugs without being an educated...

Lack of compassion lol. I've stated I believe depression is real many times, and that I just disagree with the treatment.

Ok I'm done with this, you can lead a horse to water but you cant make it drink!

Take your pills and have a great life.

I'm so glad you have parents willing to get the help you needed!! You have a far more mature understanding of mental health and the need for medication than most adults!!
Well said. I'm glad for you and your future!!!!

@Susan.. If I seem antagonistic on this subject it's because I have a very valid and genuine concern for people's lives. These drugs are dangerous.

Your lack of compassion and desire for a "quick" dismissal of an illness and people's real problems in life is astounding. I hope you never encounter something that your "dump anything that gets in my way philosophy" can't resolve in 5 minutes. Grow up.

Look up:
"CCHR: Exposing the dangers of antidepressants."

Please just take 15 minutes and do it, it might save you or a loved ones life.

Some people can't "deal" with psychological disorders. Someone close to me has generalized anxiety disorder and gets panic attacks so bad that they pass out. You don't just "deal" with that.

Because you are antagonistic, have little "tested" data to support your argument and invalidate your own line of reasoning. Perhaps using your line of thinking we should tell those with cancer to "suck it up" as there's really no single treatment that will "cure" their illness. Just move on!

No! Just taking medication is NOT THE END OF IT. It's the BEGINNING.

When it spirals downwards, it doesn't get better without therapy and pills. It's not a mindset, it's chemical imbalance and can be deadly without treatment. Obviously a death wish isn't normal. So you don't deal with it like its normal.

...but it's not going to prevent progression of the disease. They need medical help or they may die.

Read my string of posts above. "Just dealing" with it makes things WORSE. Normally with sadness, you deal with it and then realize its not so bad. With depression, you try to deal with it and the lack of serotonin makes you think it's worse than you expected. Then it spirals downwards.

...depression) and there isn't anything specific that makes them sad, so they CAN'T avoid those triggers. I know this analogy has been used here before, but it's true - it's as if you are telling a Type I (insulin dependent) diabetic to "just eat better & avoid sweets." That may help a little...

Life is hard, and so is dealing with it. But telling people they have no control, it's an imbalance, take a pill... Is the death sentence, because people never actually deal with their problems. Look at the giant increase in the suicide rate since the start of these pills. The statistics don't lie.

hazhap, I think the truest thing you have written in this thread is "It's possible I don't get it." To me it's clear that you DON'T get it. You say, "I see a problem and I fix it, something makes me sad and I avoid it." People who are clinically depressed DON'T have a problem to fix (except their...

I feel for you ej.
My thoughts are with you.

Why is there such hostility over this? The science involving depression is lacking on so many levels is scary. There is no concrete proof either way on what the cause and effect of imbalance is. People have been brainwashed into thinking "I can't help it, so I need pills" and thereby never "deal"

Telling someone who is profoundly depressed to just "suck it up" may essentially be a death sentence for some people. Depression is serious.

...failure; it's a legitimate treatment. Medication can lift the very heavy fog from a brain that PREVENTS the person from being able to deal with their issues & problems.

Yes, in my teen years. It wasn't super severe and I hid it from others.

...be acted for or explained by the events of one's life. If a person has made an effort to "suck it up" or think happy thoughts or exercise a lot AND THAT HAS NOT HELPED, THEY SHOULD SEEK HELP. Often that help comes in the form of medication, and there's nothing wrong with that. It's not a...