Should we sell drones and other military equipment to Afghanistan?

Yeah let's send our enemies equipment to spy on us!

But if they can hijack them, they just have to wait until there's a U.S. one flying in A-stan.

I answered "no", but I have always thought that we could sell complex systems to everybody and include a secret electronic shutoff switch. They act up and we shut down their stuff

In U.S. controlled military bases. Suicidal for a faction to even think about attempting to grab one.

Say we pull most troops out and give a few drones to the Afghan military. What kind of guarantee would there be to make sure these UAV's remain secure?

Why should we be selling drones to anyone?

I don't see the logistical difference. We have Predators in Afghanistan.

And with all the civilian and law enforcement drones that all use the sane unencrypted GPS signals waiting for approval from the FAA, Al Qaeda may start using them as well.

Logistics.
I'm not worried about Al Qaeda as I am about the Taliban in Afghanistan. If these weapons are sold to the Afghan government, how secure will they really be? The Taliban won't have to go far to get their hands on state of the art weaponry.

America normally sells weapons to our own enemies DURING war with them.

That was a university UAV. All our armed "drones" are really remotely- piloted aircraft (RPAs). Much harder to hijack. That said, why would Al Qaeda hijack an Afghani-owned drone, but not a U.S.-owned one?

Really? What if they're already airborne? With $1000 and a few college students, apparently you can hack the system and take control (Google 'Texas college hacks drone').
A terrorist would have much more flexibility not to mention a psychological impact with a stolen or hacked UAV.

The idea is to help the government of Afghanistan remain in control by selling them lots of advanced weapons. If they fail and the Taliban takes over, we're back to square one. It's a bad idea because those weapons could fall into the wrong hands.

No, the Taliban is. The Afghan government is our "friend".

Do I get a refund? That equipment was paid for with MY wages so will I get a return on the investment?

They can use ANFO for guerrilla tactics. More importantly, they can hide ANFO. If a Reaper is used against us, we'll know it, and just blow it up on the ground. A terrorist has no use for precision munitions when they could just make a really big bomb.

it would be good to*

When I think of a drone I usually think of a Predator or Global Hawk so I don't think we should give them those. However, it would to give them some remote controlled man-portable UAVs.

I'm not really worried about these weapons being used as a straight on offensive weapon against US forces. I'm more concerned about hit and run attacks that are successfully used by terrorists on small, poorly defended targets.

and expect it to work right out of the box.
The UAV's and their weapons (and they are frontline weapons) would be sold as a package. There is no doubt in my mind.
Afghanistan is not ready for this technology. The region, government and military are all too unstable.

The targeting electronics as well as the electronic communication between drone and weapon selection is very specific. To mate a different weapon system to the drone would take extensive modification, even though it may be a 'dumber' weapon. You can't just slap on an Atoll or Python 5 to a Raptor 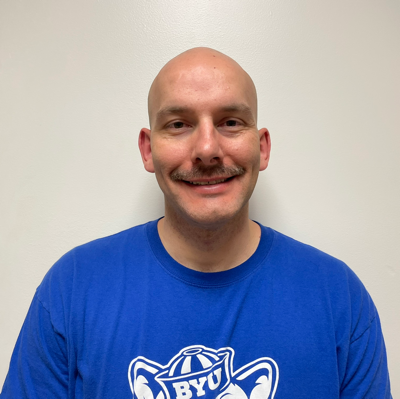 Well, we know 5% of SOH users are trolls.

We can sell 'em with AGM-62 walleyes and Paveway I bombs. I was pretty specific: drones and other 3rd rate arms.

We see drones as being real successful on TV. This is because we are not using them against real militaries. Even then they bring one down once in awhile. They aren't magic, just cheap.

If these weapons are sold to Afghanistan, they will certainly be sold with the munitions as well. Like when we sell fighters with the corresponding weaponry.
There is a very real possibility that the Taliban insurgency has chance of stealing this technology if not properly secured and protected.

Check above your initial posting again. My phone keeps there for some reason.

The same way those Stingers found their way to Iraq, North Korea, Qatar and God knows where else.

MANPADS have a limited range and are dependent on identifying the target. In poor weather, this would be impossible.
A Predator with a Multi-Spectral Targeting system from 20,000 feet?
Easy money.

I think we can all agree that this is a bad idea.

We also give weapons to the Mexican cartels. Cannot forget about that either.

Hmm, it's not the needy you need to be worrying about. It's the not needy (lazy) that is sucking all if the " needy" resources. Only gonna get worse but hey, you voted for him. Again.

Infantry are safe. That's what MANPADS are for. Stingers eat predators/reapers for lunch. Besides, we could just blow up Al Qaeda reapers with real fighter planes.

Now, how are these Reapers going to fight if we don't sell any 1st rate munitions? They don't come packaged with AIM-9s and JDAMs.

Even if the slower, less capable Predator happened to fall into enemy hands, platoon sized patrols would still be at risk of attack way before air support could interdict.

Not even the schematics. I don't want anyone else being able to use that on our troops. It gives us a distinct edge when fighting low-tech enemies.

Hell no. Maybe rifles so that we can also sell them ammo in future years. But nothing higher tech. They'll just feed the remote to their goat anyway. Lol

You're entitled to your own opinions but not your own facts.

I agree we should have wound down this war long ago.

But our troops fight honorably and follow their ROEs... I saw that first hand. Congress authorized military action in both Iraq and Afghanistan. And the total cost of both is still less than $1 tril.

What would the purpose of this be?

We better not start pulling out of Afghan. Their govt. is warning us that if we do, they're all dead men. Just because Osama is dead, doesn't mean they just throw down their weapons and say, "You win." The only way you deal with radical enemies who die for their cause is to oblige them. ;-)

I'm willing to bet NO ONE remembers the thousands of Kurds, again Saddam's OWN PEOPLE, that he killed with nerve gas. NERVE GAS IS A WMD, LIBERAL D!CKHEADS!!!

...as for Saddam, the son of a b!tch was torturing and killing his people in the streets for WANTING freedom from his oppressive govt. For God's sake, under Saddam, your KIDS could report you to his death squads! He was the equivalent to an Arab Hitler!

Osama was a spoiled, Saudi piece of sh!t. We never gave him anything. He threw a b!tch fit because during Desert Storm, we were "infidels on holy ground." The rest is history.