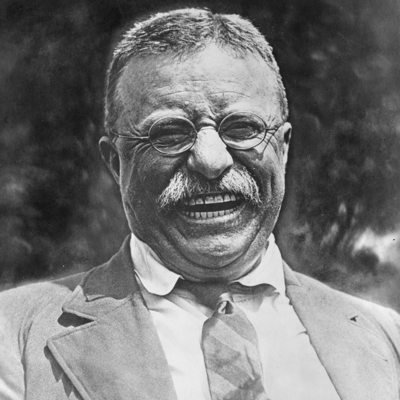 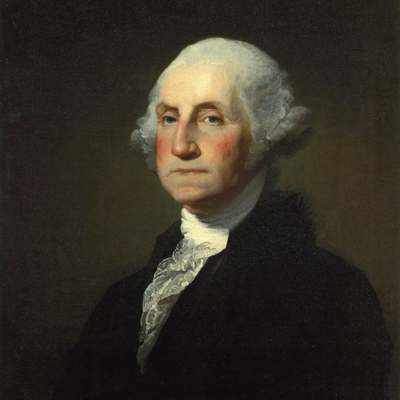 how could you like a president with that face... hehe

Washington promised to free his slaves upon his death. When he died his slaves were not freed. Martha liked having slaves. He treated his slaves like slaves. Do a google and you'll see his slave quarters at Mt. Vernon. FWIW, TR & his second wife

did not like black people. He invited Booker T. Washington to dinner, but he referred to blacks as darkies and chocolate drops (saw this on C-SPAN this week). A man of his times. Ran in the Roosevelt family. Eleanor was an exception.

With all of the votes that Washington's getting, you'd think that he didn't own slaves or something.

Idk how Washington treated his slaves, but I know other founding fathers were very kind to their slaves and treated them like servants. And in that time, being "owned" and treated as a servant was better than being set free, recaptured, and...

...sold again to another master who was potentially not as nice.

bean, I'm sorry, but slaves ARE slaves, I'm not sure how nice treatment really does anything but bring us back to a 1950's era textbook, well not quite you aren't saying the slaves liked or needed it. Its still slavery. I won't touch the TR

vs Washington part, but slavery is slavery, they could be living in a diamond dome i don't care. it. is. still. slavery

and not "owned" owned. as legal property. they (wrongly) were treated as no different than a cow, or a mule, except that they could work too. How can you, in a healthy conscious, defend slavery, whether they lived in good conditions or bad?

and I am curious now, while Im sure you would've been an abolitionist once the movement became big in the US, would you have been one demanding slave owners get compensation?

Skarface I'm not, you know that, nice try. Owning another human is wrong, and I never said it wasn't. But in light of that, I choose to think realistically.

that its somehow better because they treated their slaves better?

bean, I know you weren't meaning it to come out as support, but textbooks before the civil rights movement, and even after sadly, did say things like that, though they did go further, about why slavery somehow wasn't bad.

Nobody ever said it wasn't bad. In fact, BECAUSE it was bad, that's why it was more merciful of Washington and people to keep "slaves." And yes, they could've outlawed it entirely, that's a shortcoming. But that's not what you said.

actually people DID say it wasn't bad-for many decades in fact. Textbooks used to basically say slavery was ok, either because of converting the slaves to Christianity, or because of somehow being treated more humanely. you may not be meaning it that

way, but trust me, many did, and many more were taught it as fact.

so wait, you're saying it was right of washington to keep slaves, because some other owner may have been worse?

Matt, am I wrong or is that logic a form of justification of slavery?

to be honest, it sounds like something out of a nadir of race relation era text book. I doubt bean means it to, I really don't see her as someone who consciously would defend slavery (I hope I'm not wrong bean). some on this app, i sadly could see it

but not her. but bean seriously these kind of arguments were used to defend slavery-and say it really wasn't bad for years after the fact.

Sorry, by "nobody" I meant in this discussion, haha. And anyway, I'm trying to think practically and keep things in perspective, but if you'd rather not, I'm not going to stop you. And once again, I NEVER said slavery is okay. But now I'm done.

again thats the thing. I know you aren't, which is why, until the clarification by nobody you meant no one in this thread, I was incredibly confused. But even in perspective, a "good" slave owner is still a slave owner